The most viewed events on UK television.

Event television used to be a huge deal. Throughout the 1960’s, 70’s, 80’s and the 90’s huge viewing figures could be commanded by the BBC and ITV. Streaming services and the dominance and monopoly of Sky in regards to Sporting events ahs meant that this has eroded. The Morecambe and Wise Christmas show, It’s a Knockout European finals, Royal Weddings and the FA Cup would have all been classic examples of televised events that the terrestrial channels could count on. It is why a company like https://www.onevisionltd.co.uk/tv-aerial-installation-cardiff who look after TV Aerials Cardiff way are still needed.

The most watched domestic event in the UK is still the 1966 World Cup final between England and West Germany. It is thought to be a figure of 32.3 million viewers, over half the country at the time. This was partly due to the fact that there was only a choice of 2 options to view it without a ticket. The second highest is the funeral of Princess Diana. Figures are very close to the same as 1966 (32.1 million) and it has to be said that the way figures were recorded in the 60’s were hardly subtle. This (it was thought) represents the last great televised event. 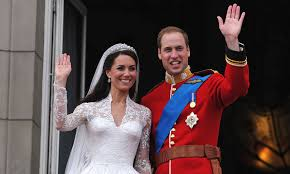 Or so it would seem. Two modern equivalents have thrown the theory into doubt. The first is the Prime Minister’s announcement over Lockdown which drew 27 million viewers and the marriage of Diana’s Son William to Kate Middleton. This was watched by 30 million.