Can you believe we watched Miss World?

It is rather hard to believe that in the 1960’s through to the 1980’s the country was gripped by a TV event phenomenon that to our modern eyes seems to be hardly believable.  It’s very easy for us to look back at this period and be judgement as to the attitudes of what was on our TV but even then this particular event was already causing a stir and an active, sometimes live and broadcast protest. It was the Miss World contest. 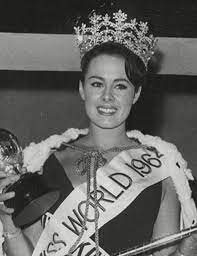 The spectacle that glued families to their sets was basically a couple of hours of objectification of women, reducing them to a basic introduction of their “vital statistics”. Put simply, the presenter would introduce Miss Columbia, or wherever they were from, and then give out her Bust, hips and waist size. Names were not deemed to be interesting or important. The ladys played their part and smiled fixedly in a lovely frock.  They must have had face muscles you could use to lift weights with by the end of it. 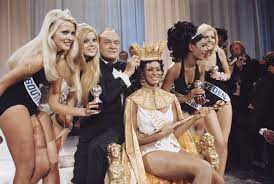 The Misses then showed off a skill they could do like juggling or a traditional dance from their homeland. However it was the swimsuit round that got the most attention. Wearing nothing but a bikini and their entrance number the women would come out and walk around on stage. This was top notch entertainment and you’d need a decent reception to get it. It’s the same with today, some things don’t change, and Steve Unett Aerials, a TV Aerial repair Gloucester based firm can get the job done for you.

« How to Choose the Right Curtains
Tips for Motivating Your Staff »