Examples of tensile roofing structures across the world

As the name suggests, a tensile structure is a method of construction which uses only tension with no bending or compression. They are most commonly super-thin shell structures which are often supported by some type of bending or compression elements, such as masts, compression beams or poles. The structures are most commonly used for roofing and offer an aesthetically pleasing solution to covering a large span. Here are some of the most impressive examples across the world:

This Olympic structure was built in 1972 for the Summer Olympics and is still used for many things today, such as social, cultural and religious events. You could call Otto, the father of the modern tensile structure as this German architect and engineer was well-known for his use of lightweight techniques such as tensile and membrane structures. Find out more about how Fabric Covered Buildings and tensile structures work by visiting https://www.spatialstructures.com/building-systems-explained

Recently retired and headed for demolition, the Georgia Dome was a dome-shaped stadium in the state of Georgia, U.S. It was owned by the State of Georgia as a part of the Georgia World Congress Centre Authority and its successor was the Mercedes-Benz Stadium that opened in 2017. The Atlanta Falcons played at the Dome, as did the Georgia State University Panthers. When it opened in 1992, it was the biggest covered stadium by capacity in the world.

This is the highest tensile structure in the world. Translated as ‘Royal Marquee’, it is located in Astana, the capital of Kazakhstan and was unveiled in 2006 with a unique neofuturist design. It is 150m in height and covers 140000 square metres, big enough to cover 10 football stadia. Inside you’ll discover a huge park of shopping and entertainment, complete with cobbled streets, a river, mini golf and indoor beach resort!

This structure was commissioned to mark the new millennium and has a floor plan dimension of 365 metres, to mark the days in a year. It is supported by 12 masts to represent the months of the year. Time was an important part of the design as the structure is located in Greenwich. 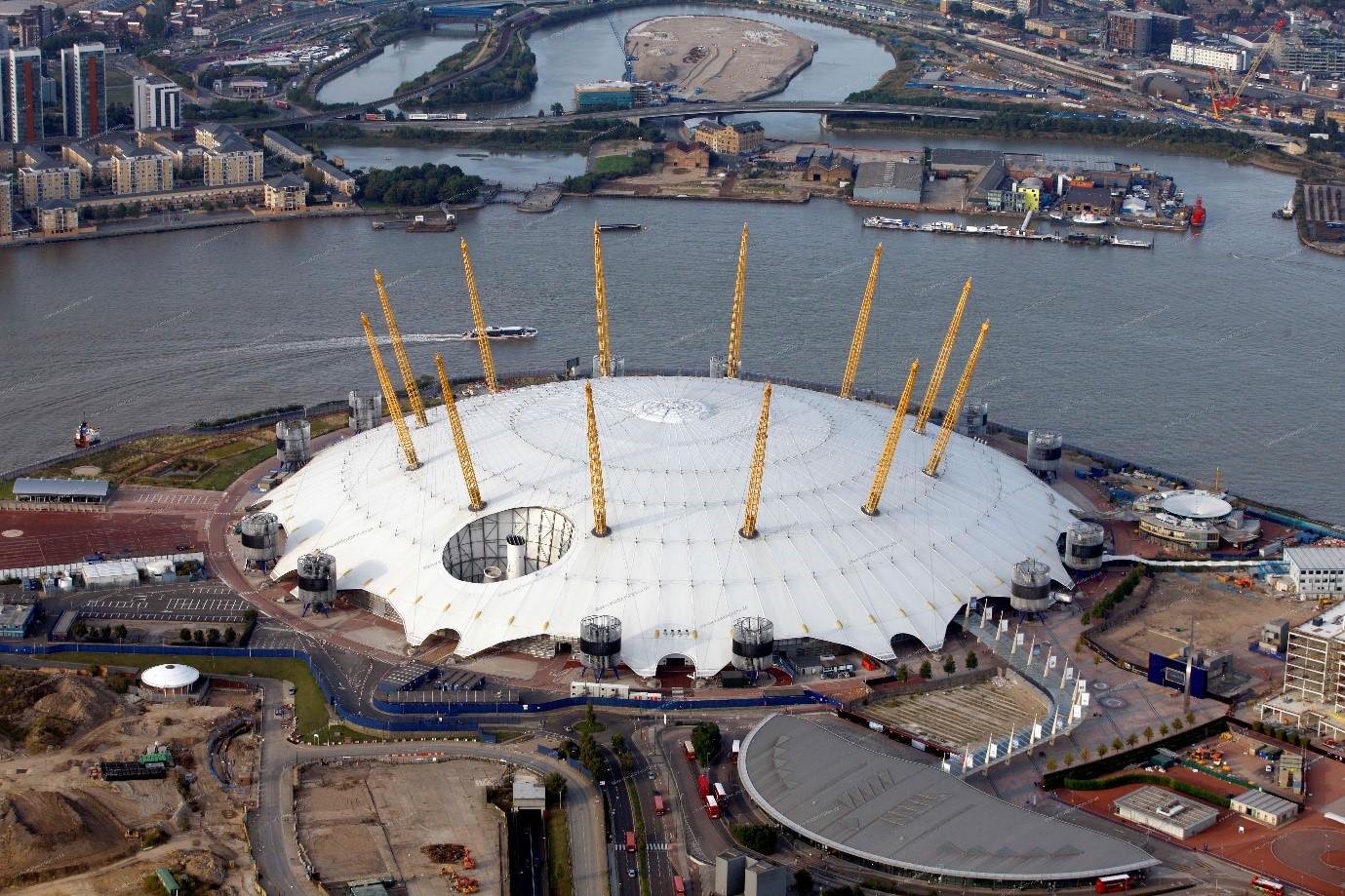 This airport was finished in 1994 and boasts being the third largest airport in the world. The fibreglass roof is coated with Teflon and was designed to look like the Rocky Mountains during winter when they are capped with snow and ice. The airport’s tensile structure has displayed excellent durability, not once succumbing to the harsh weather conditions the area experiences.

« Fun games to play at your wedding
Staying cool this summer »